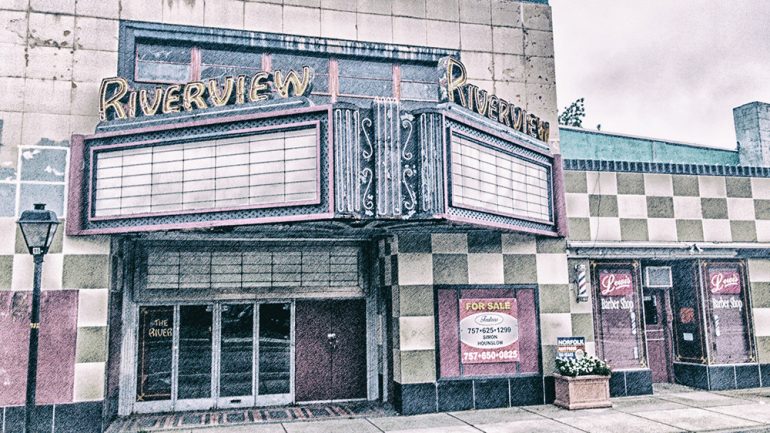 The Story of Riverview: The Little Neighborhood that Could Tiny, yet mighty — the neighborhood of Riverview sits nestled along a small strip of the Lafayette River, running from just a bit past 38th to the Granby Street Bridge.

Through the mid-19th Century, Captain Cornelius Crocheron Cruser was an early pioneer of oyster farming who settled in Norfolk by way of Staten Island. Parleying his business acumen to great success, Cruser owned and operated multiple sloops at the height of his ventures and generated significant wealth – which he used to purchase the parcels of land that exist today as Riverview.

He payed a princely sum of twelve hundred dollars, passing his holdings down to his eight children a handful of years before his death in 1901. They, in turn, eventually sold the land to developers.

Originally conceived as a residential haven for the leading lights of Norfolk’s wealthiest businessmen, the neighborhood was largely designed by noted architect Major Charles Calrow. Calrow was educated in our public schools and served as an Army engineer during World War I — notably planning the operations of US. forces in France during the Battle of Meuse-Argonne (incidentally: This battle involved my Great-Uncle, who perished and was buried there.).

Calrow’s career as a Norfolk architect was substantial. Among his many achievements, his design prowess lives on in such local landmarks as the Ghent Presbyterian Church, the Ohav Sholom Jewish Temple, and just down the street from my home: Blair Middle School.

Post WWII saw a driving period of expansion into the 60’s. Like much of the city, the area’s fortunes declined in the 70’s. Newer subdivisions were built further out from the city proper, which in turn drew affluent citizens away from Norfolk’s more venerable neighborhoods. Renewal efforts by the NHRA resulted in a turnaround by the decade’s close. Riverview became regarded as successfully revitalized urban community, receiving classification as a Conservation District — with zoning regulations and housing standards intended to preserve the character of the neighborhood.

Riverview in the Here and Now Today the area contains a bustling lane of commerce on its western border in the form of Granby St, with an eclectic collection of storefronts. Patrons can enjoy a unique mixture of antique and knickknack gift shops like Atlantic Collections, Mary Barnett, Country Boy Antiques, the newly opened Quixotic Arts, and the ever delightful Village Mermaid.

Restaurateurs will appreciate the diverse options. Mi Hogar features authentic Mexican cuisine at affordable prices. A relatively new addition to the thoroughfare, The Barking Dog offers some of the best hot dogs and burgers in town. Breakfast and brunch options are rounded out by new-kid-on-the-block Clementines, as well as longstanding stalwart, Charlie’s American Cafe — which, by the by, has developed an out-sized reputation as one of the best places to catch local bands at night.

Not to be outdone, The French Bakery and Delicatessen has operated for over a century, providing iconic deli services, fresh baked pastries and breads, as well as some truly exquisite desserts.

Nightlife anchors are held down jointly by Charlie’s, MJ’s Tavern – a down home favorite of our city’s political elite with one of the friendliest staff’s in Norfolk and a huge menu featuring tasty salads, sandwiches, steaks, chops, shrimp and more.

And of course, we shouldn’t overlook one of my favorite local spots with Crackers, Little Bar and Bistro. Stop in and check their famed chalkboard, which designates the day’s cocktail creations and food specials.

Tucked behind all this commerce is a beautiful community bordered by the Lafayette River, which is accessible on the west side through the Haven Creek Boat Ramp, and on the East end with a small, little known kayak launch.

Riverview has certainly had ups and downs over a one hundred and twelve year history, but today it occupies a beloved space in the hearts and minds of our residents. It’s a beautiful, cozy slice of the Cannonball City — with a fun, bohemian flavor set against the backdrop of stately homes with a commanding view of the Lafayette.

If you find yourself in the neighborhood? Take in the sights. It’s a uniquely Norfolkian experience you’re likely to fall in love with.

Story and all photo-illustrations by Jeff Hewitt.