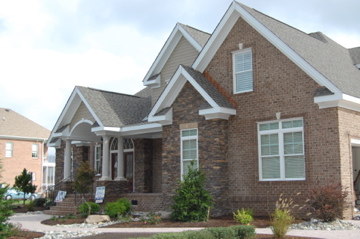 The routine lasted for about seven minutes and included dance numbers that the crowd could join in.  Several members of the audience, including officials from TBA were excited about the surprise event.

The flash mob happened at the Rose & Womble corner of Home-a-Rama near houses 5, 6, and 7.  House five is The Retreat and was built by Strickland Construction and is listed by Cynthia Welch.  House six is New Hope Manor or Bra-Ha-Ha house; it was built by Tara Preston of Preston Homes and is listed by Debbie Rountree.  House seven is called The Freedom House and was built by McLaughlin Construction and is represented by Kathy McLaughlin.