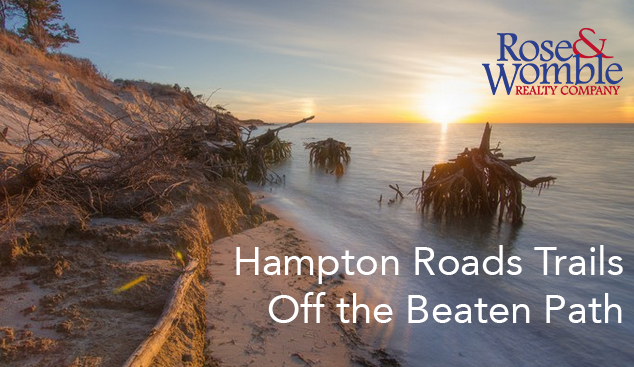 Henry David Thoreau said “I took a walk in the woods and came out taller than the trees.”

George Washington Carver declared “Reading about nature is fine, but if a person walks in the woods and listens carefully, he can learn more than what is in books, for they speak with the voice of God.” And John Muir, possibly the first self-proclaimed “tree lover,” wrote “the clearest way into the Universe is through a forest wilderness.”

That’s a lot of tree hype.

But anyone who has spent any amount of time getting lost in nature – whether that’s forests, mountains, sand dunes or marshes – can relate. There is something transformative about letting yourself be immersed in nature (a fact science is starting to back up). Every walk in the woods is like opening a tiny door to the human inside – the one who is actually a part of nature, rather than a distant observer. Ok, that’s more tree hype. So don’t take my word for it – get out and experience the body-transforming, God-speaking, Universe-opening forests for yourself.

You don’t have to go far. Here are just a few lesser known trails right here in Hampton Roads that definitely live up to the hype.

Good for: dune lovers, bird watchers, folks who don’t mind a little sand in their shoes

Along this Eastern Shore trail loom sand dunes up to 50 feet tall, 10,000 years in the making. These unique bay side dunes are an incredibly important preserve for maritime wildlife, plants and migratory birds. According to the Virginia Department of Conservation and Recreation, each fall, millions of land birds headed for Central and South America congregate at the lower end of the Eastern Shore in preparation for their southern journey. It’s sort of like their last pit-stop. This area supports one of the largest congregations of land birds found anywhere along the Atlantic coast and is a critical link in the chain of habitats from Canada to Central and South America.

Fortunately for us, the birds are willing to share the road and visitors can take a .75 mile marked trail through the dunes. Every fall the Eastern Shore Birding and Wildlife Festival draws birdwatchers from all over to see a wide variety of neo-tropical warblers and other migratory songbirds as they make their way south… so don’t forget to bring the binoculars. Good for: kayakers, educational tours, anyone who enjoys seeing the positive effects of environmentalism in action

For many years, the Elizabeth River has been considered a “dead river.” Fishing, swimming and nearly any other activity that puts you in contact with the water is not advised. Industrial run off, military use and pollution had desiccated what was once a thriving waterway. Fortunately the Elizabeth River Project has stepped up to try and rehabilitate and improve the water and its banks. One of their efforts, in conjunction with the City of Portsmouth and the Port of Virginia, is Paradise Creek Nature Park – a 40 acre wetland park with a goal to teach current and future generations what it takes to bring back the health of an urban river.

Visitors can traverse two miles of trails that lead you through an urban forest that is still undergoing revitalization, and 11 acres representing the largest restored wetland in the area that’s open for public use. You can also choose to follow the aquatic trails with your own kayak or canoe, or join one of the park’s public guided tours on their clear-bottom kayak fleet. The 48 acres and 3.5 miles of trails that make up the Chesapeake Arboretum may be one of the best hidden gems in the region. Right by the 168 Bypass off Battlefield Blvd., the Arboretum boasts one of Virginia’s finest trail systems that wanders through a mature hardwood forest with an extensive variety of trees and plant species.

Three self-guided walking tour brochures are available at the information kiosk, or skip the map and let yourself wander through the blazed trails. The Starr Run stream flows throughout the trail system, crossed over by 11 different wooden bridges. If you’re a goal oriented person, see if you can cross all 11 during your hike. Or relax a little and just explore without purpose. The changing of each season creates an entirely different experience on these trails, so make it a point to come back every few months and observe what time can do. When a Purple Gallinule landed in the marshes of West Ghent in the late 1970’s on its migratory track back home, this bird had no idea that Joan and Wickham Taylor were watching. Shocked by the rarity of such a tropical bird in this region, they immediately began a quest to turn the eight acres of land bordering their property into a true wildlife sanctuary. With the help of the Nature Conservancy, Norfolk and Western Railroad (now Norfolk Southern Corp.) gave the land to the Cape Henry Audubon Society, of which the Taylors were avid members. Since then a conglomerate group of volunteers from the Cape Henry Audubon Society, Norfolk Master Gardeners, and the Nature Conservancy have painstakingly maintained the land and waterways, preserving a small but important piece of land and its wildlife.

The sanctuary is open to the public from 9:00 am on Saturdays until 6:00 pm on Sundays (or 5:00 pm in the winter months) or join them for a guided nature walk on the third Saturday of each month at 9:00 am.

This little sanctuary is proof that if you spend some time in nature, you might actually see something that’s never been seen before. And when you come back inside, you may just be a little bit taller, a little more informed, maybe even a touch more in tune with the universe? If you still think it’s hype, then maybe you’ll listen to the smartest man in modern history: “Look deep into nature, and then you will understand everything better.” – Albert Einstein