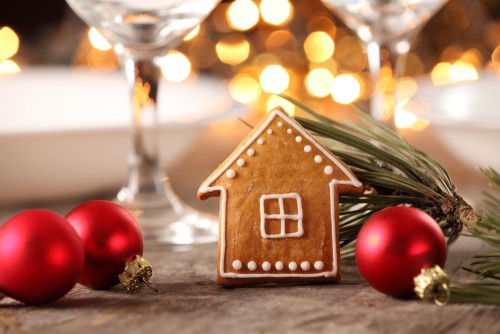 Why December is a Great Month to List Your Home

It’s beginning to look a lot like the Holiday season throughout Hampton Roads and while many are trimming trees and putting up lights a few smart home owners are putting for sale signs in their yards.

It may seem like bad timing to a potential home seller. They can be worried that there aren’t as many buyers or people have other things on their minds so the house will sit on the market. Home sellers often assume that prices are lower because there is a lack of demand. Like all things in real estate, trends aren’t set in stone and for many of our REALTORS®, historically, December is a wonderful time to get your home on the market.

There is no denying it that the buyer pool does shrink in December, but that means that the buyers who are out there are motivated to buy.

Overwhelmingly the agents we spoke to talked about how home buyers in December are seriously looking for a home. Think about all that goes into the Holiday season – shopping for gifts, decorating, parties and events. Then there is end of year at work with the need to wrap up projects or assignments. Plus travel. Despite this houses are still being shown and contracts are being written.

According to our local Real Estate Information Network (REIN), 1,641  homes were sold in Hampton Roads in December 2013. The perception that buyers aren’t buying in the winter months is wrong.

“Every year I’ve been in the real estate business I have worked on a deal at Christmas,” said Peninsula Office REALTOR® David Tortolini. “Buyer motivation is a huge factor and a good thing for home owners who put their homes on the market this time of year.”

While there are less buyers out in December there is also significantly less competition. According to REIN over 1,300 homes were withdrawn in November and December, 2013. Yet there were over 3,500 homes sold in December? Home sellers often believe that it’s better to take their home off the market and relist in the Spring because the buyer pool is bigger. That may be true but the seller pool grows as well.

“There are always buyers regardless of the month. People who take their homes off the market because they don’t want to deal with listing their house during the Holidays are missing out on great buyers,” said Harbour View REALTOR® Cyndi Osborough.

Home sellers who take advantage of the lack of competition will increase their odds of getting a sale if the home is staged, in good condition, and priced correctly. These are items that always affect the sales price of a home and during the winter months it is even more important to make sure that the home is as flawless as possible.

According to a recent blog post from PerfectHouse.com, author Charlie Laurens, Associate Broker out of the Rose & Womble Holland Road Office, there is a misconception that listing a home in the winter months will mean a devaluation of the home’s price because of a lack of foot traffic. He believes that when sellers and real estate agents only take housing trends at face value it could cost the home owners money or even prevent them from moving forward.

“Many Real Estate professionals and their clients buy into a belief that prices go down in the winter with foot traffic of buyers touring homes. It’s true that historically traffic does follow the temperatures and taper off in the winter months. Landscaping goes dormant affecting curb appeal and the communities kind of just go gray,” writes Laurens. “True professionals and educated sellers profit from their competition laying down for a season, every year, it seems it’s the same pattern. It PAYS to be counter intuitive considering more than the just season, or appearances. Every situation is different, sellers that need to sell should consider doing the opposite of what everyone else says.”

Joan Kistler, REALTOR® from the Chesapeake Office held an Open House on Thanksgiving weekend that had visitors, a few from out of the area. Often people who are visiting Hampton Roads during the Holidays may be considering a move to the area. Planting the seed now could mean a sale sooner rather than later.

“People who are on vacation often start thinking about what it’s like to move to the area, especially if they have family here. It starts them thinking about 2015 and the move they could make. And sometimes they see the right house on the market and make an offer,” said Kistler.

According to REIN, over 3,100 homes went under contract in December 2013. Osborough wrote a contract over this past Thanksgiving weekend. A couple in town for the Holiday started looking at houses and found an inventory home at Kings Fork Farm and put a contract in. They should close in January.

“There simply are always buyers, but if you don’t have a line in the water you aren’t going to catch the buyer. Don’t let the Holiday or Winter season prevent you from listing your home. With the right plan and price it will sell,” said Osborough.