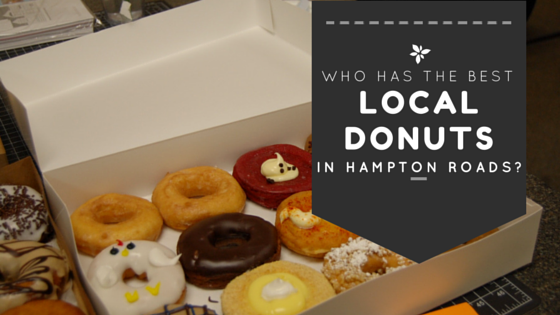 Who Makes the Best Local Donuts in Hampton Roads?

For National Donuts Day, we decided to find the best local doughnut place in Hampton Roads. We compared three places, O’doodleDoo’s Donuts in Suffolk, VA, Duck Donuts in Virginia Beach, VA and Happy Day Donuts in Chesapeake, VA. We got a dozen donuts from each place looking for similar flavors at each spot along with discovering some unique items to try out.

O’doodleDoo’s Donuts, located on Bridge Road in Suffolk. VA, is just a short drive from Smithfield, Hampton, Newport News, and of course Suffolk. They specialize in hand-crafted donuts, that are made on-site. Each day they release what flavors they’re cooking up, and the rotate the items so each day there is a new menu. On this day our batch included Red Velvet Cake, Banana Pudding, and Hot Mango Madness. We also got a maple bacon doughnut.

Duck Donuts, which started in Duck, North Carolina, has several locations in the Outer Banks, Hampton Roads, Richmond, and Charlottesville. They’ve recently opened locations in Delaware and New Jersey too, but they are still a locally based company. For our taste test we got donuts from the location in the Kings Grant section of Virginia Beach. Duck Donuts fries the donuts in front of customers, who can customize with choices from a selection of frostings, glazes, and toppings. We got maple bacon, along with a coconut doughnut and their daily special of Reese – a chocolate dipped doughnut with a peanut butter drizzle. 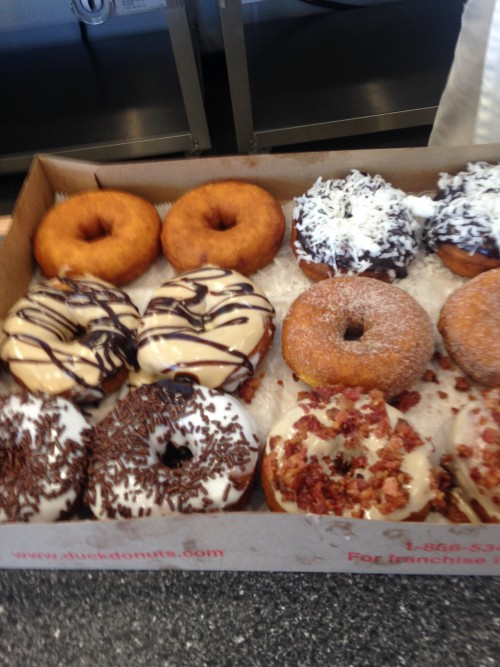 Happy Day Donuts has a bit of both of the other places in them. We got our donuts at their Greenbrier location, but they have spots in Virginia Beach, and just opened a location in Hampton. They have gourmet donuts, like their Tagalog, and you can get fresh fried donuts dipped in things like Oreo cookie bits. They will also make a doughnut sundae! There shop has great art work and cool, “happy” sayings. 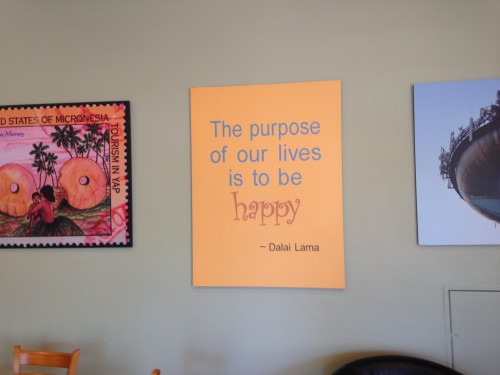 How They Measured Up!

We judged by taste and appearance, by members of our marketing team and Greenbrier resale office. Service and packing was judged by Ramona Rice who was the one to pick up all the donuts. Scores were given out from 1-10, with a 10 being a perfect score. Each place had some version of a maple bacon doughnut, and a plain so we got those. We also picked out specialty donuts from each place. 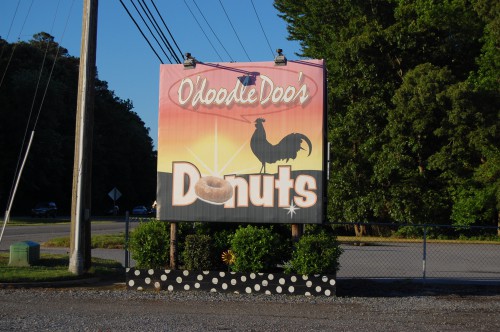 The group thought that these doughnuts were very tasty, and lots of cool flavors. While we weren’t so hot for the Hot Mango Madness (that’s a plain doughnut with a mango and chili custard) we did love O’doodledoo’s interpretation of the classic Girl Scout cookie treat, Samoa.

We also liked the Maple Bacon from O’doodledoo’s – it had a nice balance of the salty and sweet.

O’doodledoo’s is known for their creative and beautiful donuts. You can actually order custom designed donuts, including super heroes, holidays, and other special occasions. Here are some we had for Halloween during the 2014 Homearama in Suffolk. 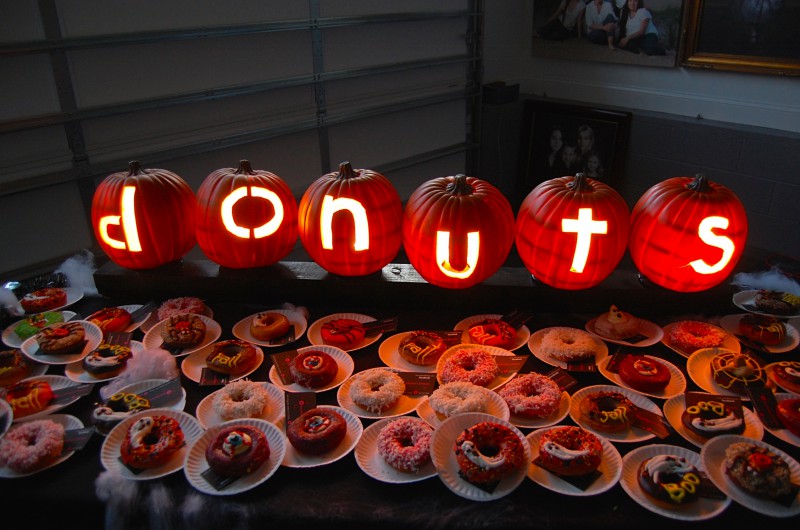 Each day O’doodledoo’s features one specialty character doughnut – that day we got roosters which was appropriate as the rooster is the mascot for the shop. 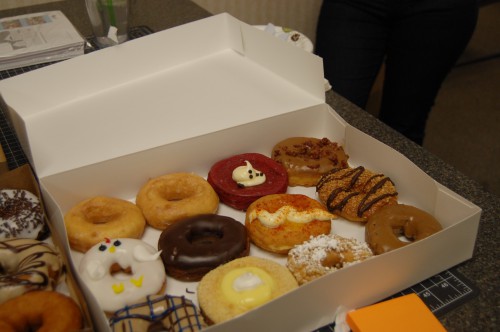 There was no wait – we got in and out super quick. The box once I got back to the office was a bit flimsy, but to be fair it had to travel the longest distance. The doughnuts held up beautifully as they traveled from Suffolk, to Virginia Beach, to Chesapeake. 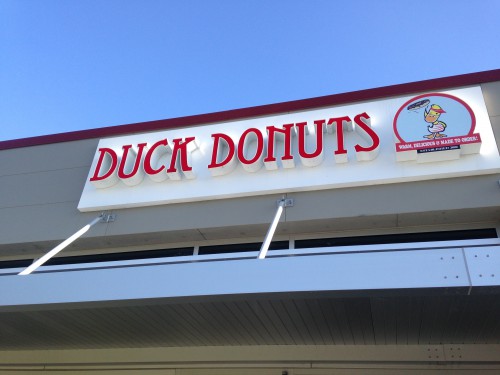 This was the group’s favorite doughnut – crispy on the outside, soft in the middle. The flavor combination were great – nice contrast of the peanut butter and chocolate for the Reese doughnut. And they were not greasy at all.

This was our favorite bacon doughnut. The bacon pieces were nice, big, and still crispy. The maple glaze was sweet and light. 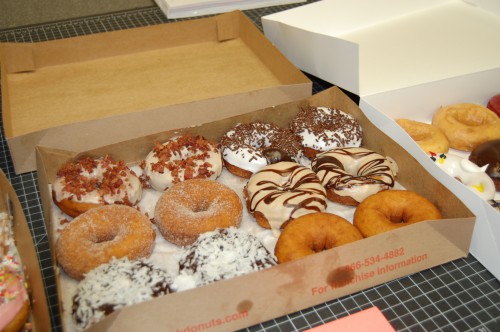 These were attractive – but there was no wow factor. Just a good looking, solid doughnut. The glaze and toppings stayed on nicely from the drive back to the Greenbrier area of Chesapeake. 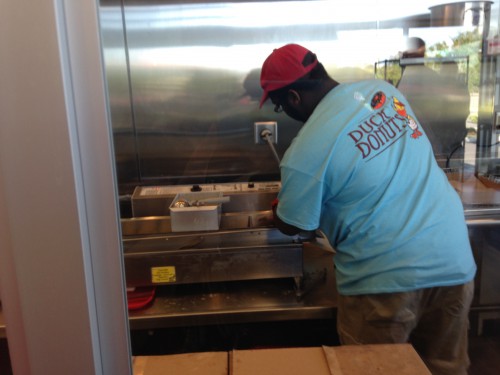 There was a wait and the staff wasn’t as friendly as the O’doodledoo crew. One cool thing that happened while Ramona waited for the donuts was a Duck crew member handed her a doughnut that wasn’t “perfect” enough to go into a box – so she got a plain, hot from the oil, doughnut. It was delicious. Kids love to come in here because they have a ledge where you can watch the donuts going through the oil. 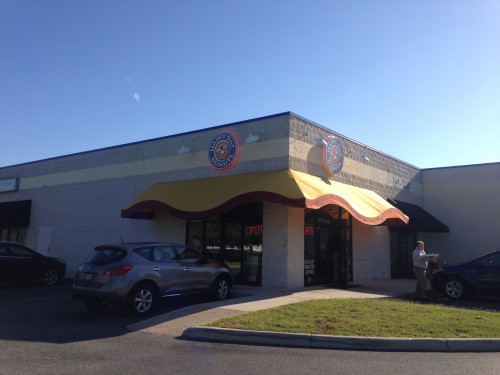 This was our least favorite batch of donuts. While still tasty, there was a hint of lemon in the dough, but the texture was a bit off. The taste testers didn’t feel the flavors popped as much as the other place’s. They did have a Strawberry Pie doughnut that was pretty good.

An okay bacon doughnut – but nothing spectacular. There wasn’t a lot of bacon, and you couldn’t really get the salty/sweet balance this type of doughnut is known for. 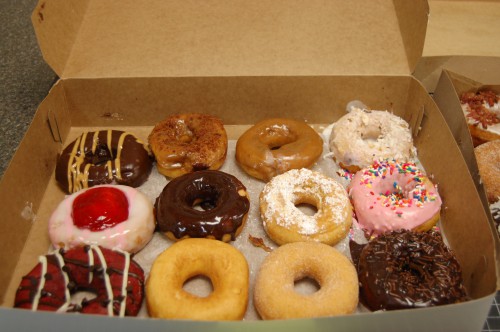 These were standard donuts, and while nice looking, the glaze for some of the donuts didn’t hold as nicely as the other places. This left a mess at the bottom of the box. It should be noted that these donuts had the shortest commute to the office.

This was the longest wait, it took 15 minutes because they had to make fresh dough. Also, the case for their specialty donuts was practically empty. However, they did give us complementary milk as an apology for making us wait which was really nice, and the staff was great to a grandparent and granddaughter who came in for donuts. They have windows so you can see how the doughnuts are made. 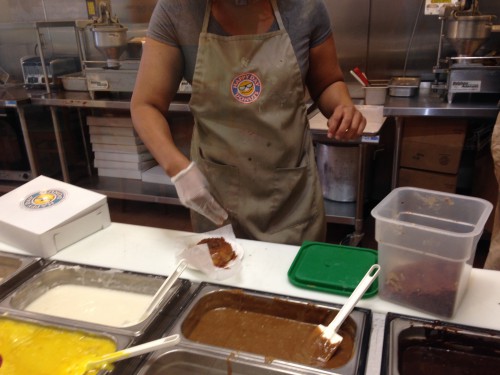 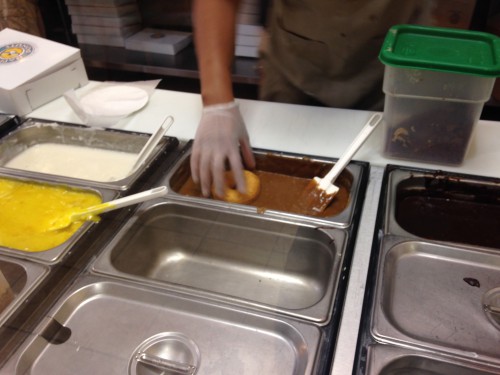 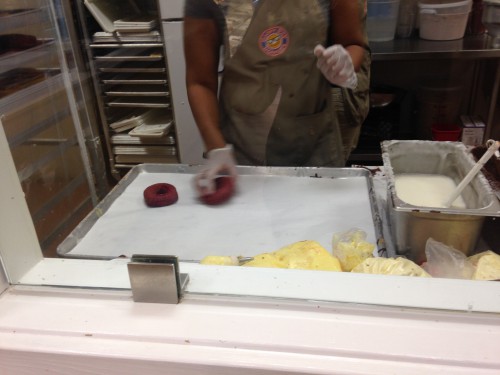 Did we get the selection right? Or do you know of another place in Hampton Roads we should have featured? We’d love to know in the comments.