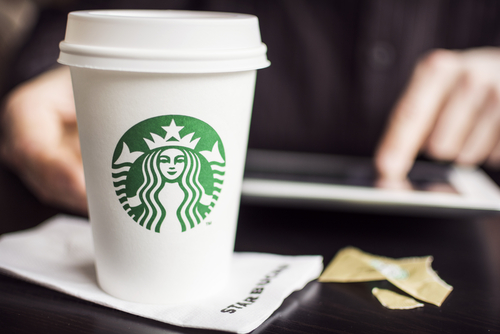 REALTORS® love Coffee – but Would You Drink 60 shots of espresso?

You may have seen across the interwebs about a man named Andrew who ordered the most expensive Starbucks drink – a Sexagintuple Vanilla Bean Mocha Frappuccino, a concoction made with 60 shots of espresso that happens to be worth $54.75. He actually got it for free using his reward card – but still 60 shots of espresso.

He posted it on Twitter – and notice that he brought his own 128oz glass to put the drink in.

We know REALTOR® love their coffee but could you stomach this much caffeine at one time?