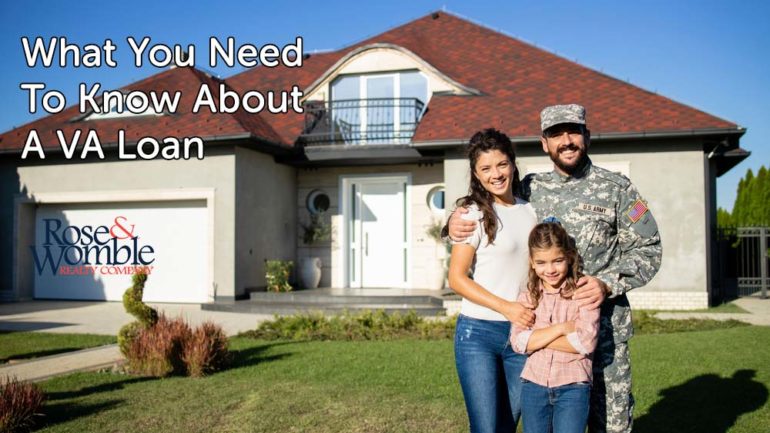 Here’s what you need to know about a VA loan

If you’re a veteran, active duty or reserve military member in the United States, you’re probably aware that you’re entitled to a number of benefits. But are you aware of all of the advantages of a VA Loan? It’s a loan program unlike any other and is one of the few loan programs that allow you to purchase or refinance a home with no money down.

A Veterans Affair (VA) Loan is a home loan designed to help finance homes for Veterans, eligible members of the military, and some surviving spouses. A VA Loan is guaranteed by the government, but made by qualified lenders such as banks or

independent mortgage companies. Because the loan is guaranteed by the government, lenders can approve borrowers with more flexible lending standards.

It’s a great option for military members and veterans because the loan does not require a down payment and is often easier to qualify for than a conventional loan, says Tim Lee, Loan Officer for Advance Financial Group, a subsidiary of TowneBank Mortgage.

To be eligible to apply for a VA Loan, a military member must serve 90 consecutive days on active duty during a time of war, 181 during peacetime, or six years as a reservist.

“I typically tell people that there are three main benefits to a VA loan,” Tim said. “The first is that there is no down payment, which is a huge benefit.” Often times scraping up enough money for a down payment is the largest hurdle that aspiring homeowners have to overcome, Tim said.

“You can finance your entire home without a down payment, as long as the amount is under the VA Loan Limit,” said Tim.

While the borrowing limit ranges from region to region, in most areas you can borrow up to $424,100.

“A lot of people think that a VA loan is a one-time thing, but that’s not how it works. It is a lifetime benefit and you can reuse it multiple times,” he said. So, this means you can take out as many VA loans as you want, as long as you’re only borrowing up to the loan limit at once.

You can even have two VA Loans at once, as long as you’re borrowing under the loan limit, according to Tim.

“Another great perk of the VA Loan is that it typically has lower interest rates than conventional loans,” Tim said. “This is because the mortgage is backed by the government, which makes the loan less risky for lenders.” In fact, VA loans have had the lowest average interest rate on the market for the past 41 months, according to Ellie Mae, a California-based software company that processes almost a quarter of U.S. mortgage applications.

However, VA buyers are required to pay a funding fee at closing time, which ranges from 0.5 percent to 3.3 percent of the loan, depending on the veteran’s service and loan type.

“The VA Funding Fee is basically the VA’s version of mortgage insurance because the loans typically have such a high loan to value ratio because VA buyers often put no money down,” Tim said. “The fee is usually 2.1 percent of the loan value,” says Tim.

And unlike closing costs, which are an out-of-pocket expense, you’re able to finance the VA Funding Fee and wrap it into your monthly mortgage payments. If you are retired or discharged on disability, you might be eligible to have your funding fee waived. Plus, VA loans allow for the seller to pay closing costs, which further reduces the out-of-pocket costs for the buyer.

“VA Loans are probably the most flexible when it comes to closing costs. You can have all of your closing costs paid by the seller, plus an additional 4 percent of the loan amount paid by the seller,” Tim said. “And, the VA Loan is the only loan program that will allow your seller credit to pay down a credit balance, such as a credit card debt or car loan.”

So, with no down payment and little to no closing costs, you could potentially get to own a home for free, Tim says. How is this possible?

“A lot of times, your mortgage could be less expensive than the money you get from your BAH (Basic Allowance for Housing), so you could potentially even end up with more money in your pocket by purchasing a home with a VA loan. It’s really the only loan program that could potentially cost you nothing up front because you don’t have the hurdle of a down payment” he said.

BAH is the Military’s Basic Allowance for Housing, which provides uniformed service members with housing compensation based on housing costs in local markets.

“I really think you’re wasting a great benefit lot of you’re not using your right to a VA loan,” Tim said.

The information contained herein (including but not limited to any description of TowneBank Mortgage, its affiliates and its lending programs and products, eligibility criteria, interest rates, fees and all other loan terms) is subject to change without notice. This is not a commitment to lend.