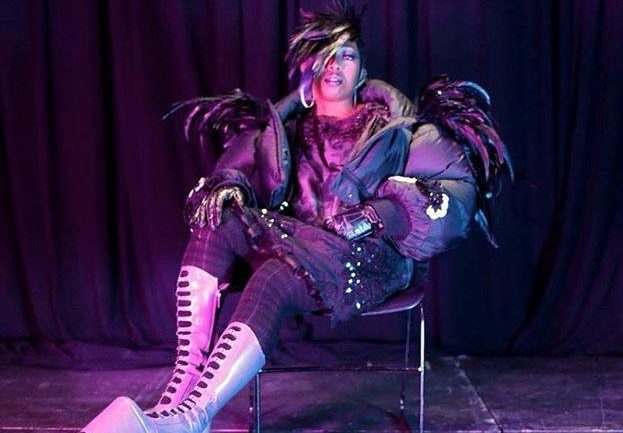 Portsmouth may be known as the hometown for Missy Elliott and the following seven famous people, but it’s so much more.

Olde Towne is perfect for history buffs. Take a walking tour of one of the largest collections of antique homes south of Alexandria and explore museums (the Lightship Portsmouth Museum and Railroad Museum will delight people of all ages). Hungry? You’ve come to the right city! From good ol’ southern cooking, to international fair, to burgers and fries, the restaurant scene is not to be overlooked.  Are you an antiquing pro, always on the hunt for the next best piece? The number of antique stores dotting High Street will blow you away.  Looking for specialty stores? We’ve got you covered. Visit Portsmouth — a city I personally love — and see for yourself why one of the smallest cities in Hampton Roads has something to offer everyone.

Now, onto the seven non-Missy famous people hailing from P-town you might not have know about: Before hitting the big and small screen, Wanda Sykes’ first job was as a contracting specialist for the National Security Agency. Sykes has had an extensive career, with dozens of appearances on TV and film, stand-ups performances across the country, and a book detailing her life. Currently, she appears in the ABC sitcom Black-ish and the Amazon political satire Alpha House.

In 1979, at age 56, the wheelchair-bound and unknown writer published a gothic teen-horror classic. Before Twilight, there was Flowers in the Attic. All across America — and around the world, millions of readers were captivated by this strange, dark, terrifying tale of passion and peril in the lives of four innocent children, locked away from the world by a selfish mother. While her career as a writer was very short, she published seven novels.

Ruth Brown was referred to as “Miss Rhythm” and has been compared to Dinah Washington for her vocal talents in rhythm and blues. Brown began her singing career in the 30’s as a child growing up in the church choir. She joined Lucky Millinder’s big band after winning a contest at Harlem’s Apollo Theater and never looked back.

Patton Oswalt is best known for his work on such TV shows as The King of Queens and Veep, along with the recognizable voice as the rodent extraordinaire in Ratatouille. Oswalt is also one of the country’s most popular stand-up performers and received a 2017 Grammy Award for Best Comedy Album for Patton Oswalt: Talking for Clapping.

An innovative fashion designer, Perry Ellis began his career in the early sixties as a sportswear buyer for an upscale store in Richmond, Virginia. Later he moved to New York, where he eventually launched his own company, Perry Ellis Sportswear, and he quickly became a fashion super-star.

Who can forget the affable, but goofy, “Cooter” from the TV series, The Dukes of Hazzard. After the show ended, Jones ran, unsuccessfully, for a seat in the US House of Representatives in 1986. In 1988, Jones took another stab at the seat and won with 60% of the votes. Along with dabbling in acting and continuing a career in politics, Jones runs a chain of “Cooter’s” museums, dedicated to The Dukes of Hazard.

Much of the golf world remembers Chandler Harper for the big one he did not win. In 1953, Harper appeared to have won the World Championship. Harper received a check for first place, prematurely, as fellow golfer Lew Worsham hit an improbably shot that stole the victory from Harper. Harper did win seven professional championships, including the most prestigious victory at the National PGA Championship in 1950.

Here are three that we predict will be famous – if no place else, but here in Hampton Roads.

Perhaps not born in Portsmouth, these three have made the city their home and are very proud of it. Born in the Mississippi bayou, Sydney Meers grew up in the restaurant business. His family owned cafes and played an influential role in his upbringing. Knowing that he wanted to explore the world, Sydney joined the Air Force, which eventually led him to the Hampton Roads. Since his arrival, he has opened several successful restaurants, including Stove Restaurant, while also cultivating his other passion: art. Sydney’s eccentric and expressive takes on politics, religion, and even himself has led to a cult like status in the community. While not being Portsmouth’s biggest ambassador, Brad McMurran runs and appears in numerous productions of The Pushers Sketch and Improvisation Comedy Troupe. Brad, an ODU undergraduate, is the co-writer of Cuff Me; The 50 Shades of Grey Musical Parody, which played off-Broadway in New York.

Born in Petersburg, VA, Randy Hess has opted to make Portsmouth his home. An artist, restorer, framer, and all around talented guy, Randy works out of his studio, aptly named Nest Home, and can be seen throughout the area in various art shows and exhibitions.